Brand New Houston™ checking in for the first time on our blog!

Los Angeles, New York, Chicago, move over! Here at Brand New Houston, our goal is to show the world that Houston is an authority and a leader in food, music, arts, culture, and entertainment. Houston doesn’t ride the wave, we ARE The Wave! (check Houston’s resume: 1. chopped and screwed music 2. Texas BBQ 3. slabs, to name a few). In fact, Anthony Bourdain recently highlighted Houston in his show No Reservations.  The city has so much more to offer than can be explained in a hour long segment and we’re happy to introduce, expand on, and magnify all things that are great about Houston. Brand New Houston will keep our eyes and ears open for the best from our city, so know that if something has our Brand New Houston stamp of approval

, its worth checking out!

Hopefully, this blog can be an avenue where we can get up close and personal with our fellow Houstonians and give you more feedback regarding our 3rd Coast recommendations!

This week our features are:

Himalaya is arguably the best Indian/Pakistani food in the greater Houston area located off of 59 and Hillcroft. It’s a small, family owned restaurant in a strip of many other Indian restaurants, trying to steal you away (keyword: trying) – because Himalaya is #1. New Food Houston, the food subsidiary of Brand New Houston, has been on the search for the best Chicken Tikka Masala, and the search is over.

Our stamp of approval goes to Himalaya’s Chicken Tikka Masala, the Butter Chicken, and the Garlic Naan. To begin, the Chicken Tikka…. wow, just wow. This has to be the most tender chicken we’ve ever eaten in life. We literally had to cut into it and make sure it wasn’t just paneer because it melts in your mouth. In fact, Himalaya doesn’t even provide its customers with knives because the protein is so tender. As you dive into the dish with a fork or spoon you’ll notice the chicken is smothered in traditional masala sauce, but is

ridiculously rich and creamy. The Butter Chicken is very similar to the Chicken Tikka Masala, but has more flavor in its sauce. It’s got a little more spice and fullness, but also much more butter, so don’t be surprised when your chicken looks like its swimming in it.

Now that you’ve ordered either your Chicken Tikka or your Butter Chicken (or both), you have to make the imperative decision of selecting gorgeous long grain rice, or a Naan to go with your chicken. Now, sauce and rice is always a winner, but… once you’ve had a Himalaya Naan it’s like rice who? For those who don’t know, Naan is just bread. Its similar to pita, but bigger and thinner, and not as fluffy. With our Masala’s we always order the Garlic Naan. Think bread smothered in butter, garlic, and cilantro. And I mean completely covered, roasted, toasted, and ready to dip.

You’re so welcome and you sooo will not be disappointed. 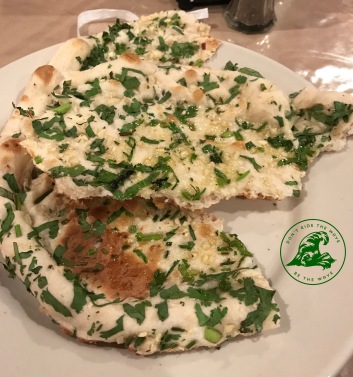 This week’s artist of the week goes to Frank Woods. After listening to “Throw Up The H” you’ll quickly appreciate that we started the blog with this feature. Frank kills a Nate Jayeyay production while embodying the New Houston wave. He rides the beat effortlessly and demonstrates his lyrical prowess with lines like “this is simple logic, I’m just under pressure” and “I flipped that shit like reciprocals.”

“When shit gets hectic and my life get reckless I remind myself I’m from Houston Texas.”  If that’s not true to your city, we don’t know what is! Frank Woods has a hit for the city and we hope the city is ready for it. 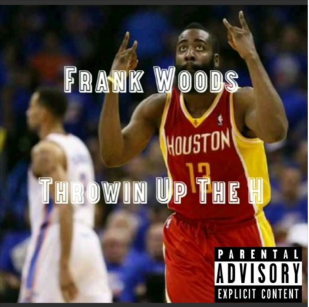 Check Frank Woods out on twitter @FrankWoods_7 and check out our recognition of the anthem at https://twitter.com/newnewhouston/status/796119672101945344

If you’re great, we’ll find you.  That’s our promise!

Stay Trill, Spread Love, and Be The Wave!